We often see Christmas Themed diseases in Dogs and Cats – here are some common problems, and how to prevent your pet from getting into trouble.

Not many people realise, but there is something in Grapes and Sultanas that has the potential to cause Kidney Failure in dogs.

And EVERYTHING seems to have sultanas in it at Christmas! Puddings, Mince Pies, Chocolate Coated sultanas…

Don’t let your dogs eat anything with grapes or sultanas – if they do, bring them in so we can make them vomit. Some dogs may need to go on a drip and have blood tests done as well. 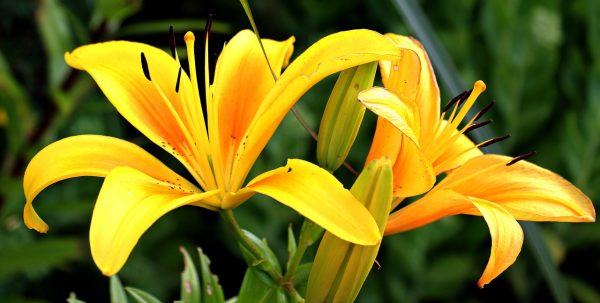 Cats that chew the leaves, the flowers, or even lick their coats after rubbing on the flower and getting the pollen on them, or eating the stamen, are at HIGH RISK of getting ACUTE KIDNEY FAILURE.

If you are given Lillies and have cats, thank your Aunty Flo politely, then quietly take out the lilies and THROW THEM OUT.

Signs of ACUTE KIDNEY FAILURE include suddenly being unwell, Vomiting, not eating, and very painful tummies. 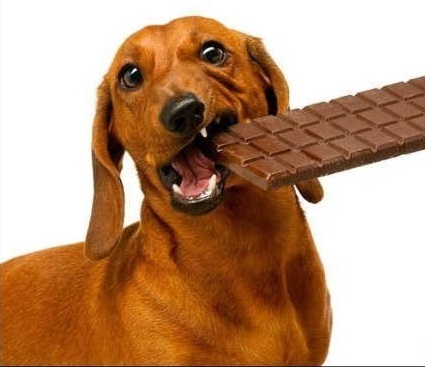 The darker the chocolate, the more the stimulants, and the worser the signs (the best Choc tox case I saw was a Jack Russell that ate a whole block of Dark Lindt Chocolate – that was a shaky little hound – but did well with treatment!).

We make them vomit, and depending on their signs, put them on an IV drip, and sometimes use muscle relaxants.

Cats don’t seem to want to eat chocolate. Funny – I love it… 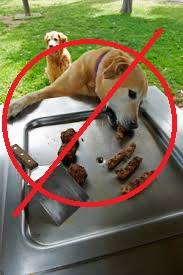 Most years we get a dog that has been given the leftover ham bone or sausages at a BBQ, and 2-3 days later the dog gets Pancreatitis.

Pancreatitis is inflammation of the Abdominal organ called the pancreas.

When Animals eat fatty food (or even just eat a lot of food), the pancreas gets a huge signal to produce enzymes to help with normal digestion.

In some animals, these enzymes end up becoming active in the organ itself, leading to inflammation and damage to the pancreas.

The classic signs are vomiting, not wanting to eat, and often stretching out their abdomen.

Severity of pancreatitis can be from mild vomiting controllable by medications and change in diet, right up to life threatening systemic inflammation.

Treatment is medication for pain and nausea, and IV fluids to help stop dehydration. Sometimes we need to place tubes to get them eating, and when they are eating, we use small low fat meals. 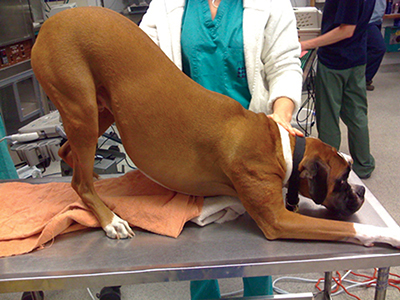 5) Long Bits of String/Tinsel and Ornaments

Cats love to play with bits of string, but they can swallow them, often leading to an obstruction.

The string can get caught around their tongue, and then causes their intestines to become bunched up and blocked.

Dogs love playing with anything especially things that can be destroyed – Have a look at this picture of Winston who decided to eat some lovely red Christmas Decorations.

They can act as a Foreign Body, causing an obstruction, leading to needing surgery. Signs of Obstruction are vomiting, abdominal pain, and lethargy/quiet behaviour

If your pet has eaten something it shouldn’t have, or is looking a bit unwell, call the clinic – the sooner we treat often the quicker it is to get your pet back to feeling better, and you back to enjoying your Christmas!