What Did the Labrador Eat this Time? 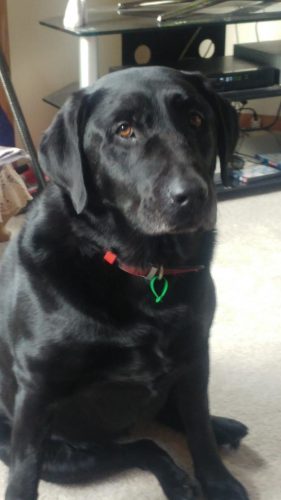 Labradors are known for their friendly and sometimes overly enthusiastic natures. Most Labs also have seemingly insatiable and indiscriminate appetites which lands them in a whole heap of trouble at times.

Sascha’s owner brought her into us after the Melbourne Cup public holiday because she could not keep any food or water down. In fact she brought it up 7 times in total that day.

She was still bright and keen to eat so we elected to try her with an anti-vomiting injection and run some blood tests. Sascha’s mum rang that evening to report that she vomited again at home, even after the injections so we told her to bring her back for some xrays to try and see if she had eaten something that could have blocked her small intestines.

The next day, we took some xrays of her abdomen, unfortunately there were no obvious signs of a small intestinal obstruction on the xrays and Sascha was clearly worse. She refused food and treats, highly unusual behaviour for a Labrador who has the tendency to eat first, regret later. She also kept vomiting small amounts of fluid.

After some discussion with her owner, Dr. Ashley and Dr. Jane decided that we needed to perform exploratory surgery today rather than wait another day. We located a long soft object in Sascha’s duodenum and managed to milk it further down her intestinal tract. This made it a lot easier to make an incision and remove the object without contaminating the abdomen. Look at what we pulled out of Sascha! 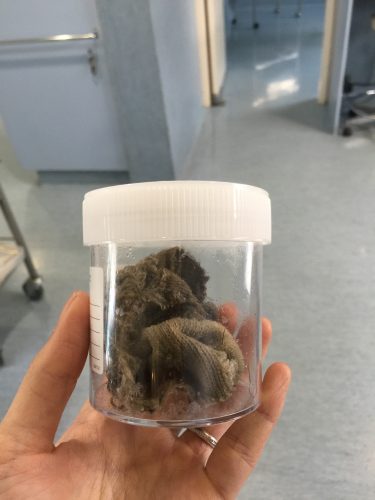 We like to keep any objects we pull out of animals in an airtight jar!

We are pleased to report that this lucky Lab recovered very well from her anaesthetic. Her appetite returned in all its fullness and more to make up for the meals she brought up! The hardest part about her recovery was trying to feed her small meals to allow her intestinal incision to recover. Her owner also discovered what the foreign object was-a chewed up part of her grandson’s sock! 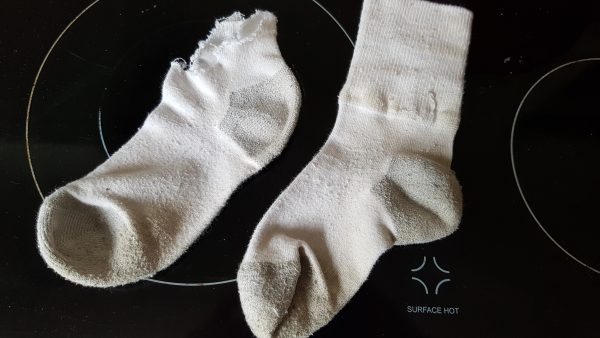 The other pair of the offending sock! 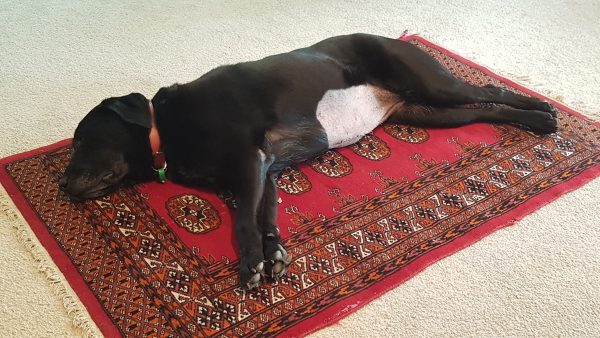 Sascha recovering quite well at home after surgery